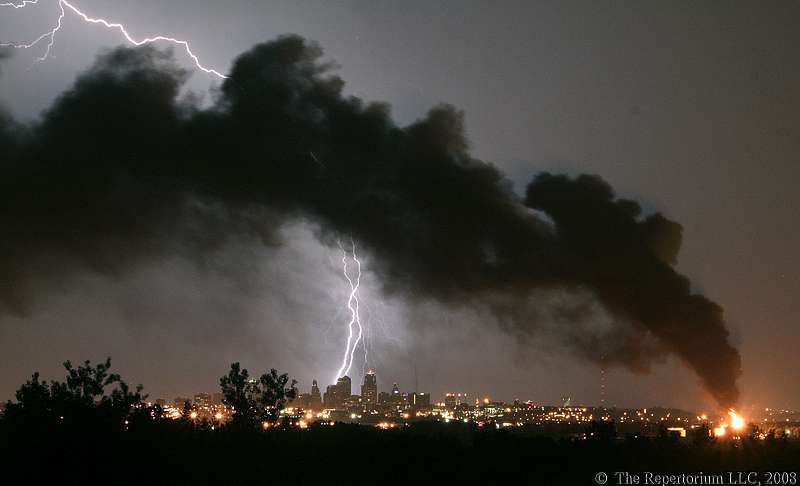 The Inter City Fire Protection District is Jackson County’s oldest fire protection district with origins back to the early 20th century. Originally the District encompassed many square miles between the cities of Independence and Kansas City-hence the name “inter city”. Today the remaining unincorporated area is commonly referred to as Blue Summit, although the earliest organization of a “town” in the late 1800’s was named Pittsburg. Although many early historical documents have been lost, the Inter-City Fire Department was registered for 10 years with the Missouri Secretary of State’s Office in 1938 (click here to see the incorporation documents). Sometime